So, what is this “la galette des rois” ?

Galette = A buckwheat pancake, crêpe or a puffed pastry

Literally translated King’s Cake, it is a seasonal and traditional pastry.

The puffed pastry is filled with frangipane. It is a sweet almond cream made with almond powder, sugar, butter, eggs and sometimes vanilla.

After Christmas and New Year’s treats, do you really think french are stopping the feist?

La galette des rois is popping in all French bakeries around the 2nd of january (I am lucky, it is my birthday) 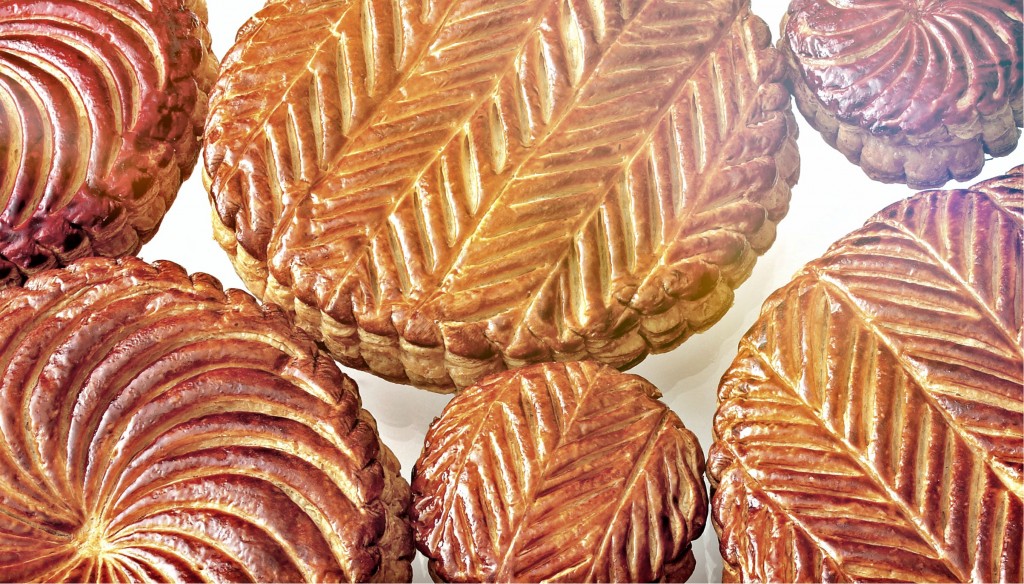 Some history or legends…

To make it short:

The King’s Cake celebrates the Epiphany.
It is the revelation of God the Son as a human being in Jesus Christ.
It celebrates also the visit of the Magi to baby Jesus. 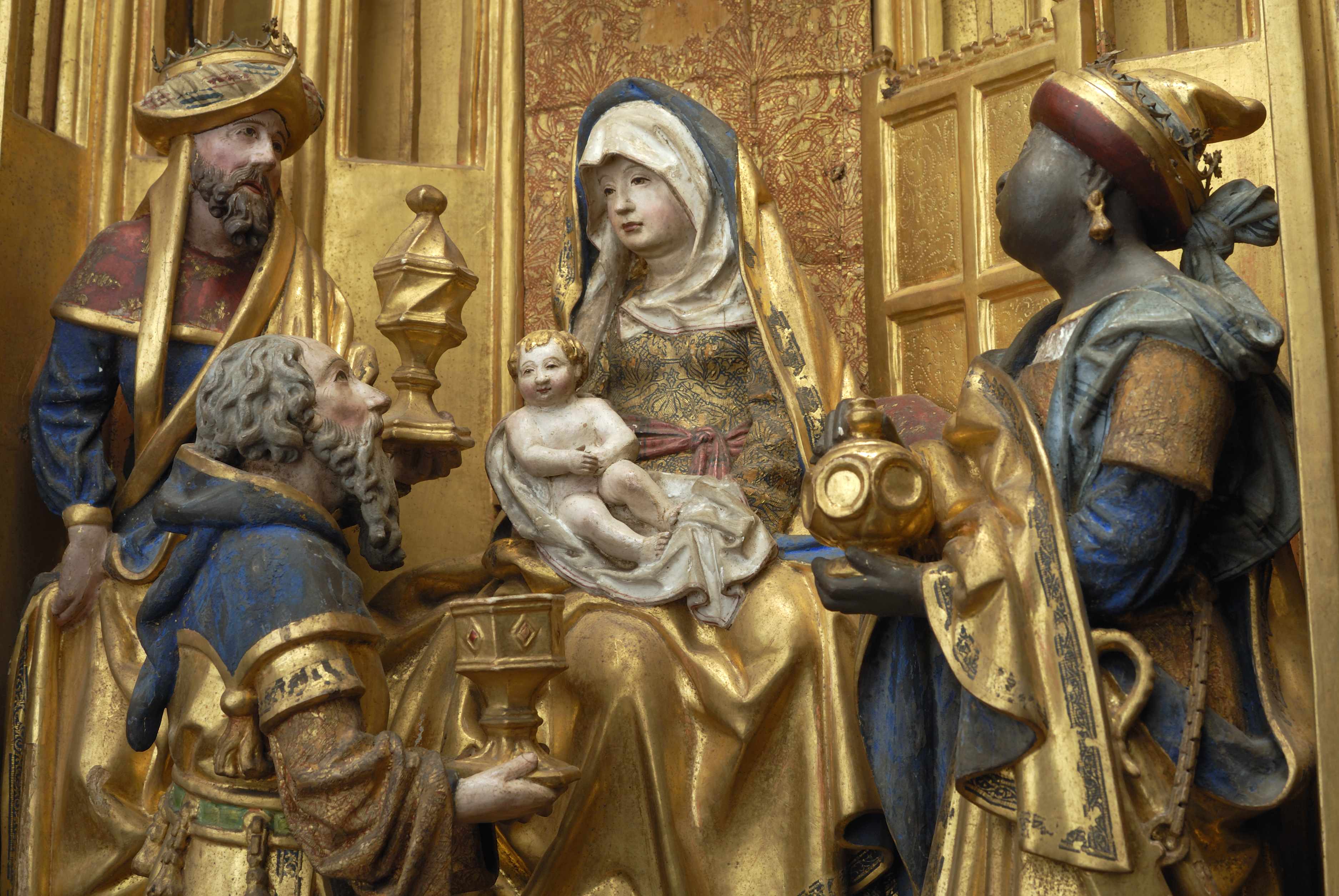 The 6th of January is also the end of the Christmas cycle. 12 days after the winter solstice (21th/22th december), let’s celebrate light !

Why is it so special ?

Our industrialised mercantile world has replaced the original beans by porcelain figurines or a lucky charms which are often collectible items !!! 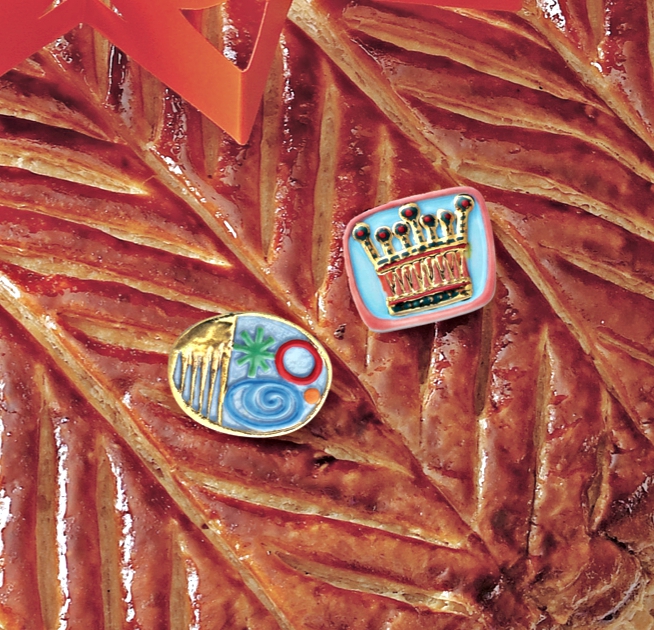 The tasting becomes a game where the guests eat there pieces of pastry and look for the hidden bean. If you find it without loosing any teeth you have the honour to become the king or queen of the day. Of course you have to wear the paper crown matching the galette. 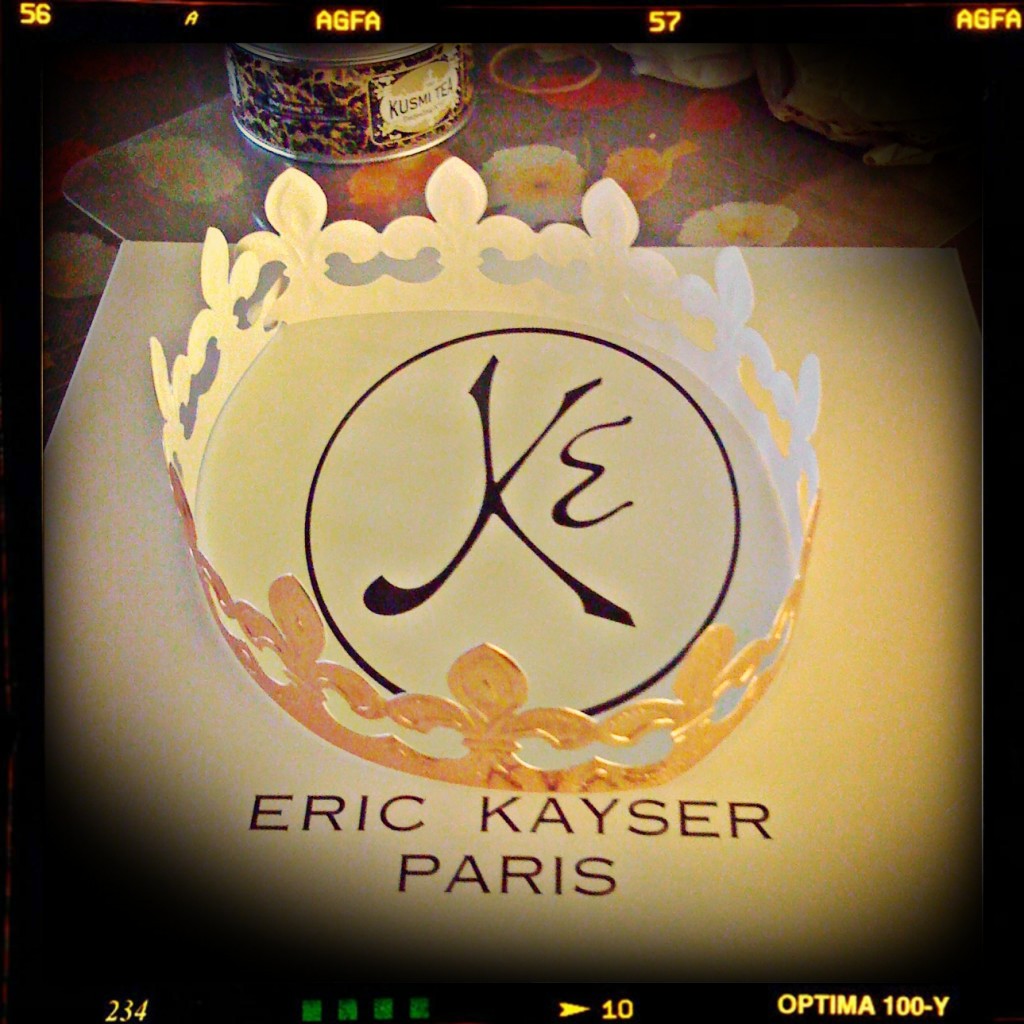 The traditional galette is pastry with frangipane, a delicious almond paste.

In the South of France the cake is more often a brioche called « còca » in Occitan. 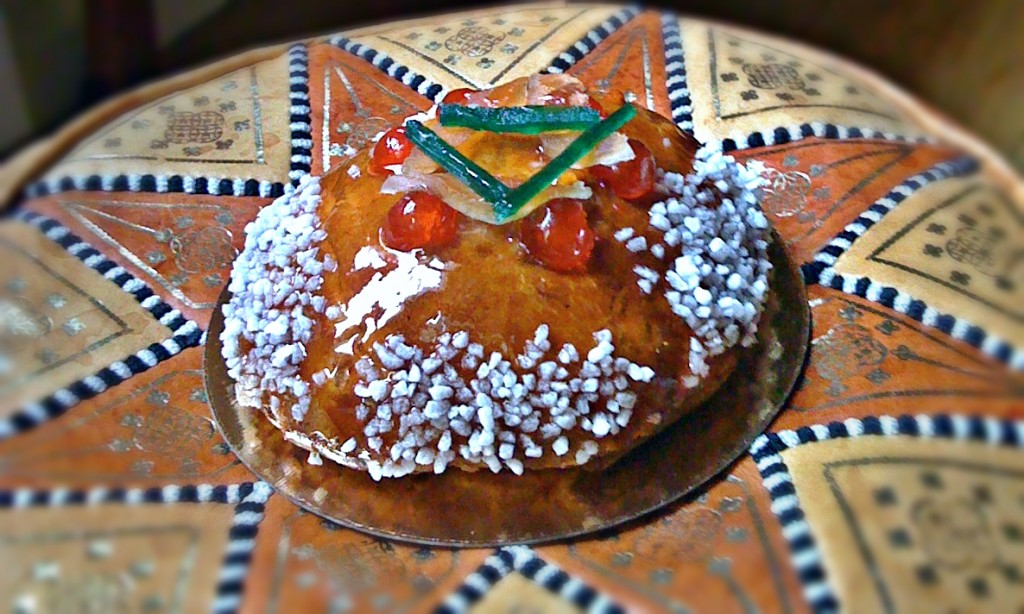 The brioche is favoured with orange blossom aromas and covered with candied fruits and big pieces of sugar.